Whitelegg Machines has just shipped a machine that will be used to wind body scanner coils for a Korean multinational company. This is the first machine of its type on which Whitelegg has installed state-of-the-art servo-controlled axes and a touchscreen HMI. (Read More)

Recently the company shipped the latest iteration of its large coil winding machine, which will be used to wind body scanner coils for a Korean multinational company. Unlike previous large coil winders from Whitelegg Machines, this latest version benefits from servo-controlled axes, together with an intuitive touchscreen graphical user interface and a PLC with custom software for controlling the overall process. For the end user, these features translate into the following benefits:

Whitelegg developed and manufactured the first MRI (body scanner) winding machines in the world in 1982. This then-new technology was developed at Oxford University, which lead to locally formed companies producing the first full body scanners in the world. Eventually half a dozen companies were spawned from the initial manufacturer in and around Oxford, all of whom were supplied by Whitelegg. Oxford Magnet Technology became the first volume manufacturer and was supplied with over a dozen machines by Whitelegg. Oxford Magnet agreed to licence this technology to other medical equipment manufacturers, resulting in Whitelegg receiving machine orders from GE of the USA, Siemens in Germany and Furakaiwa in Japan.

The first body scanner was built in a concrete bunker outside Oxford, as it was feared that the magnetic fields could have been harmful to humans. In the event, the results have only been beneficial!

Oxford Magnet Technology was purchased by Siemens some years ago, since when, Whitelegg has designed and manufactured a special-purpose machine for winding small coils from special materials, with sophisticated tension control. 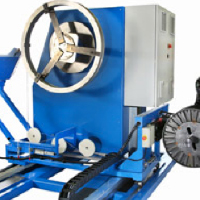 All of Whitelegg’s large coil winding machines are built to customers’ specifications and the latest machine pictured here is capable of winding coils of 2000mm maximum diameter, with lengths of up to 2000mm, and with a maximum coil weight of 4000kg.

An integral de-spooler is servo-controlled and operates in conjunction with the servo-driven main rotation axis and the tensioning pulley, with a load meter providing the necessary feedback for the tension control system. All of the servo motors and servo drives are Lenze products, and FMS Force Measuring Systems provided the tension control load meter (comprising a load cell and amplifier). A further servo motor controls the axial movement of the de-spooler as each turn of wire is laid down adjacent to the previous turn. 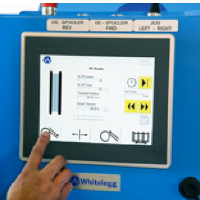 The HMI for this machine is entirely new and has been developed by Whitelegg Machines specifically for the manufacture of body scanner coils. The graphical touchscreen interface prompts the user to enter parameters such as the number of layers, the number of turns, the traverse position and, of course, the wire tension. The HMI is mounted on an arm that traverses the length of the machine as winding progresses in order that the operator always has the best possible view of the winding process. Additional pushbuttons are installed on the HMI housing to control the de-spooler, and a joystick provides for manual fine control of the de-spooler traverse. Another set of pushbuttons on the reverse of the machine, where the de-spooler is mounted, allow for easier set-ups.

The use of state-of-the-art servos and a specially developed HMI and control program offers clear benefits for end users. Interestingly, Whitelegg Machines says it can upgrade existing large coil winding machines – whether from Whitelegg or another manufacturer – so that the benefits can be enjoyed more widely by end users seeking better process control for coil winding. In some cases this work would be carried out at Whitelegg’s factory in Surrey, but other machines may be suitable for the upgrade to be retrofitted at the customer’s premises.

Whitelegg Machines, Crawley
This email address is being protected from spambots. You need JavaScript enabled to view it. |   http://www.whitelegg.com 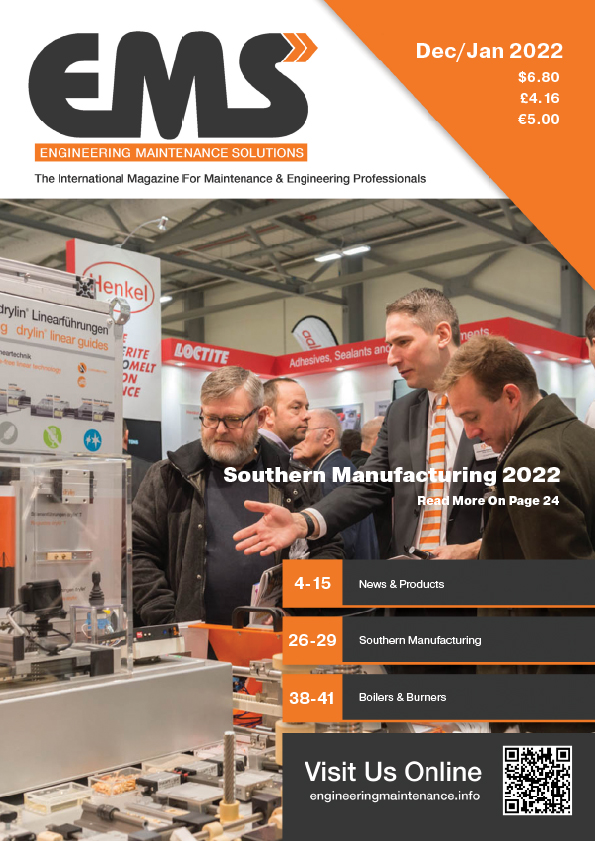 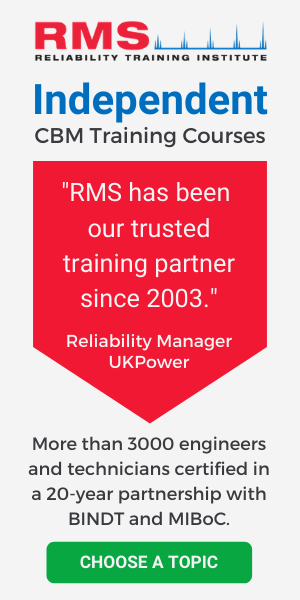