Scheduled to take place on Tuesday 9th May 2017, at the National Conference Centre near Birmingham, the Gala Awards Dinner will bring together the entire motion control industry in a celebration of business and professional excellence.  Recognising and rewarding the achievements of both individuals and companies operating within this important industry sector, personal endeavour, technical innovation, engineering advancement and commercial acumen will all be acknowledged and celebrated. 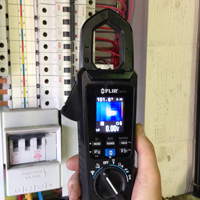 When self-employed electrician Gary Fisher was given the opportunity to ‘road test’ a FLIR C2 thermal imaging camera and CM174 clamp meter, he saw it as a chance to see exactly how much value these advanced devices could add to his work.

In electrical installations, successful diagnosis of problems before they become a genuine danger is a real advantage. Among the devices best able to help facilitate this is a thermal imaging camera. Its speed and ease-of-use make it a must-have gadget for the electrical trade. At least that’s the theory, but what about in practice?

Gary Fisher carries out a wide range of electrical work, typically involving distribution boards, covering an area between his base in Milton Keynes, down the M1 corridor as far south as Harrow in northwest London. His father, now retired, started the business originally, which Gary joined after finishing school.

BEKO TECHNOLOGIES are pleased to announce the launch of our new online calculation tool for OWAMAT oil and water separators and BEKOSPLIT emulsion splitting plants. This is a tool to help you find the optimal unit based on entering the required information, for example compressor capacity, type of compressor, oil used. 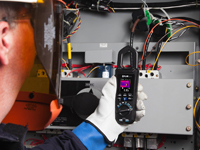 For a long time, electricians investigated complex compounded problems by chasing down the cause – one electrical measurement at a time. A lot of the time the true source of the problem was never found, leading to call-backs from customers asking the electrician to fix the same issue over and over again. 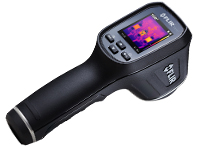 Recently, FLIR announced its newest addition to the TG series. The TG167 spot thermal camera bridges the gap between single-spot IR thermometers and FLIR’s legendary thermal cameras. Like the TG165 before it, the TG167 is equipped with FLIR’s exclusive Lepton® micro thermal camera, allowing users to see the heat to make it easy to target potential problems. 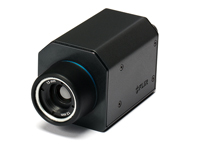 FLIR Systems (NASDAQ: FLIR) is proud to introduce its improved, more versatile A35 and A65 thermal imaging temperature sensors for continuous automated processes. With a more robust design, ten field of few options, and extended temperature ranges, the A35 and A65 provide enhanced features at a better price. The A35/A65 models are also the only thermal imaging temperature sensors on the market to provide standard compatibility with GigE Vision™ image transfer and GenICam™. 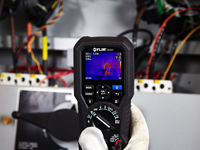 The new FLIR DM284 is unlike any other multimeter on the market.  It combines an 18-function industrial, True RMS digital multimeter with FLIR’s infrared guided measurement technology (IGM) which quickly steers the user to the precise location of the temperature anomaly at a safe distance from the electrical panel or cabinet.

The DM284 is the latest member of the IGM family of instruments which not only facilitate quicker troubleshooting but also make inspection more thorough.  IGM puts the electrical problem into context, clearly visualising temperature differences.  This is made possible by the built-in FLIR Lepton® thermal 160 x 120 pixels micro-camera core that is now at the heart of a number of imaging instruments for the trades. 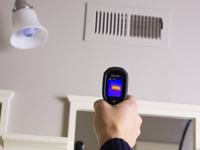 Thermal imaging has become essential technology for diagnosing mechanical and electrical faults and also for spotting energy loss and other building problems.  Not every application, however, needs to be pursued with a fully featured infrared camera and this is why FLIR Systems has introduced its new TG130.

Priced at just £181* (ex VAT), this new Spot Thermal Camera features the FLIR Lepton® core that is the size of a smart phone SIM card.  This makes the new TG130 lightweight, ergonomic and pocket portable so it is always available for instant troubleshooting. Simply aim the instrument at a target object or surface to measure the temperature, then click the trigger to freeze and view the image. 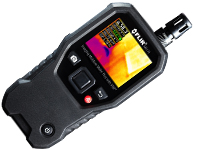 Finding the source of a water leak or moisture ingress isn’t always simple or obvious.  The damage may be evident on a ceiling but the source of the problem could be in a different room or on another floor of the building.  This is where the bigger picture is needed and precisely the reason why FLIR Systems has introduced its new MR176 Imaging Moisture Meter Plus with IGM (Infrared Guided Measurement) technology.

This premium meter with built-in thermal imager shows the user exactly where to measure, providing all the measurement capabilities needed to troubleshoot fast, ensuring the true nature of the problem is established before remedial action is taken.  It allows the user to see invisible cold temperature patterns associated with moisture evaporation and guides them to the precise spot that needs further testing and investigation. 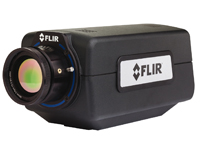 For automation applications that call for high sensitivity and fast integration as well as super accurate camera synchronisation and triggering, FLIR Systems has introduced its new, fixed mounted A66xx-Series.  These are cooled cameras that are ideal for automated thermal inspection and process control on high speed production and processing lines.

The FLIR A66xx thermal imaging cameras have a cooled Indium Antimonide (InSb) detector which reduces thermally-induced noise to below that of the signal from the scene being imaged.  As a result, these are the most sensitive in the standard FLIR A-Series range, able to see minute temperature differences, capture high-speed thermal events, measure temperatures of very small targets and synchronise with other measuring devices. 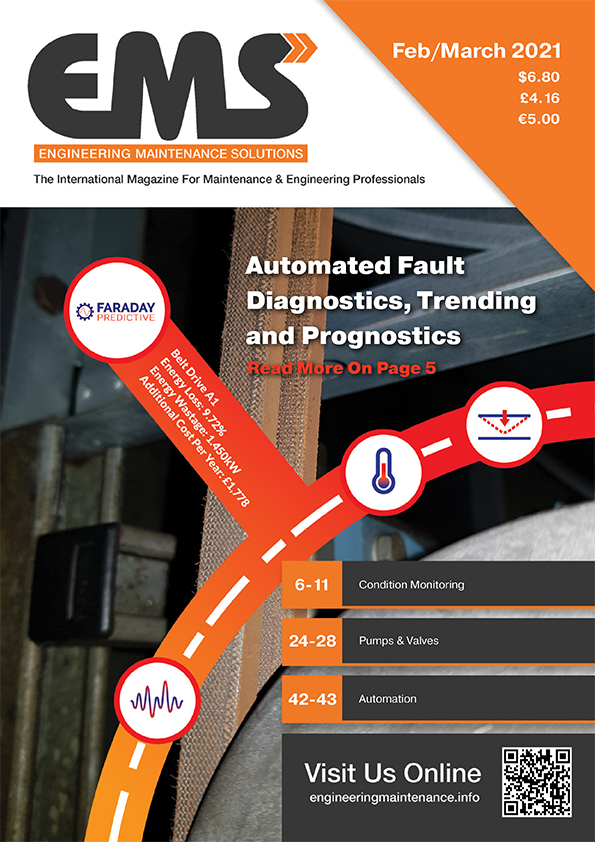