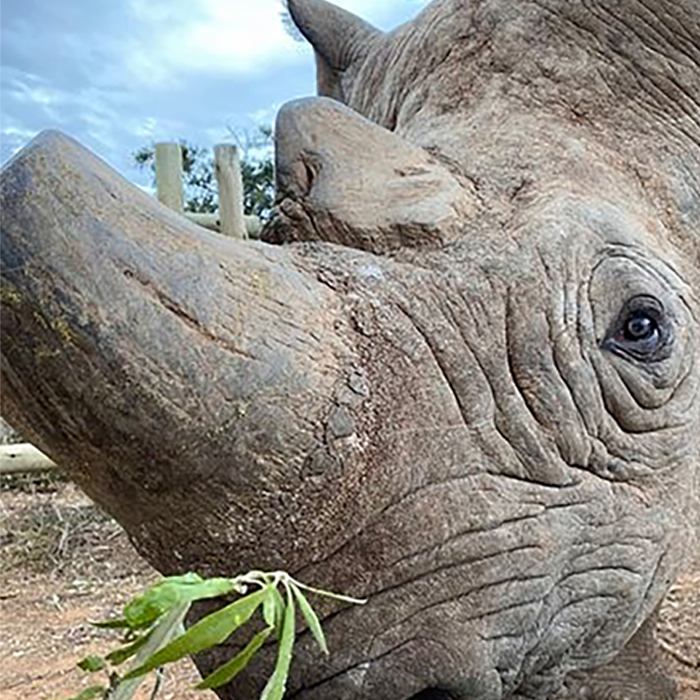 Throughout the 20th century, big-game hunters, settlers and poachers have decimated Africa’s black rhino population. In the early 1970s, there were approximately 65,000 black rhinos, and by 2018, that number was reduced to 5,630. In 2020, there are three remaining subspecies of the black rhino—one of the most vulnerable being the South Western Black Rhinoceros, also known as Diceros bicornis bicornis, of which there are only 254 left in South Africa. Munu, a 20-year-old blind male rhino, is one of these critically endangered species. When Munu was in danger, South Africa conservationist Brett Barlow stepped in to save Munu’s life. Barlow teamed up with FLIR Systems to use state-of-the-art thermal and visible security cameras to act as Munu’s eyes, detecting threats, increasing safety and enhancing his overall quality of life.

In 2019, rangers working at a South African National Park found a black rhino walking in circles and visibly disoriented. They knew they had to do something. After safely tranquilizing him, an ophthalmic surgeon confirmed that this rhino, today known as Munu, had suffered two detached retinas and was completely blind, likely as a result of disputes with other rhinos in the area.

As soon as he heard about the situation, leading South African conservationist Brett Barlow spoke with the South African National Park and offered to permanently house and protect Munu.

The South African National Park later transferred Munu to Barlow’s care. However, Barlow wasn’t the only one who wanted to help Munu.

Adrian Gardiner, globally renowned conservationist famous for founding the Shamwari Game Reserve and the Sanbona Wildlife Reserve in South Africa, extended the invite for Munu to stay on one of his properties, the Mantis Founder’s Lodge. Wasting no time at all, Barlow relocated Munu to the lodge knowing it would increase his quality of life. The property, spanning 850 hectares, is home to five white rhinos as well as other game including a zebra and a giraffe. The White Lion Foundation, in which Gardiner and Barlow are both executive board members, donated funds to construct Munu’s boma, comprising a secure covered boma and a five-hectare open grazing area.

Additional support came from a local Internet provider, who donated free Internet services for the project. American Humane, a nonprofit organization committed to ensuring the safety, welfare and well-being of animals, funded one year of feed for Munu. All donations for Munu go directly to the project with no administration costs deducted.

Though under Barlow’s care and in a safe enclosure, Munu still faced threats. Because of Munu’s highly valuable horn, he remains a prime target for poaching. Much of Munu’s horn was removed to protect him, but the amount of horn which remains is still worth thousands of dollars. Experts say that one pound of rhino horn is worth at least $3,000 universally—and ten times that, on Asian black markets. Thus, even with much of his horn removed, Munu was still in danger.

Self-harm was a risk should Munu charge into the boma. Munu’s nextdoor neighbor, Rodney, a white bull rhino, was also a concern should a territorial fight occur. For all these reasons, Barlow looked for ways to enhance Munu’s safety.

Previously, the Mantis Founder’s Lodge employed two guards for Munu’s security. However, Barlow believes guards should only be a second line of defense, a visual deterrent that responds to threats.

“I wanted to go down to the electronic security system route,” Barlow said. “Technology doesn’t sleep.”

The first security manufacturer Barlow hired charged high prices for their security products. More than this, once installed, Barlow discovered that these devices were unable to deliver quality images in conditions such as mist or rain—both of which are commonplace at the Lodge. As such, he decided Munu needed a more robust and reliable system.

He continued, “technology like FLIR thermal cameras allow for early warnings for perimeter breaches. Even though rhinos have weak eyesight—without any sight, they are basically defenseless. So, in essence, FLIR became Munu’s eyes.”

“What drew me to FLIR was the people. Wilke and the rest of the FLIR team have been so passionate and resourceful—always available and willing to help when issues arise,” Barlow said.

“When I started working at FLIR, Chief Executive Officer (CEO) Jim Cannon said our mission is to save lives and livelihoods,” Pretorius explained. “These words stuck with me. Working on the Munu project, it was clear that saving lives and livelihoods are indeed a passion of FLIR employees. I am proud to be a part of a company so eager and passionate to produce solutions and technology that make a positive impact in the world.”

Installing the new security system was not an easy task. Merely two days prior to the arrival of FLIR cameras in March 2020, South Africa was ordered into an immediate lockdown due to the COVID-19 pandemic. But Barlow was eager to begin the installation process, so he set out to do it himself.

Thanks to FLIR’s technology, Barlow is confident that Munu can be an ambassador for his species. He hopes Munu’s story may inspire future conservancies around the world to partner with manufacturers, like FLIR, for heightened perimeter protection. Case in point, actress Shannon Elizabeth, founder of the South Africa-based Shannon Elizabeth Foundation that is focused on wildlife conservation, was deeply moved by Munu’s story. She later asked Barlow to participate as an advisor to her foundation’s Ranger Relief Fund. In a time where conservation funding is down because of declining tourism due to COVID-19, the Ranger Relief Fund supplies money and much needed equipment to ensure conservation first responders remain employed and properly resourced. With early warning technology being more critical than ever, the need for conservancies to partner with technology manufacturers like FLIR is urgent.

“FLIR could prove invaluable to the efforts of rangers all over the continent,” Barlow explained. “With Munu being the proof point, FLIR could be more than Munu’s new eyes, but indeed the eyes of an industry desperate to protect the world’s natural heritage from the burgeoning poaching crisis.”

When asked what advice Barlow would give to other conservancies considering similar security technologies, Barlow had this to say.

“Speak to the right people. Make sure you talk to someone who understands the product. See the solution in action. View a live site and see how it works. Work with the right people to implement that for yourself,” Barlow said.

The longer Munu lives, the more good he’ll do. Barlow plans to expand Munu’s boma, the more he acclimates to his new home. And he has already begun using the FLIR Saros DM-Series’ livestream capabilities to invite learners around the world to observe Munu up close. The plan for Munu is to mate with a female within his own subspecies, thereby directly contributing to the survival of his kind. If Munu does sire a calf, Barlow plans to donate the calf back to the South African National Park that Munu came from to help with the genetic diversity for the reserve.

The future for Munu is bright; and, with his new eyes, he will see through to the end. 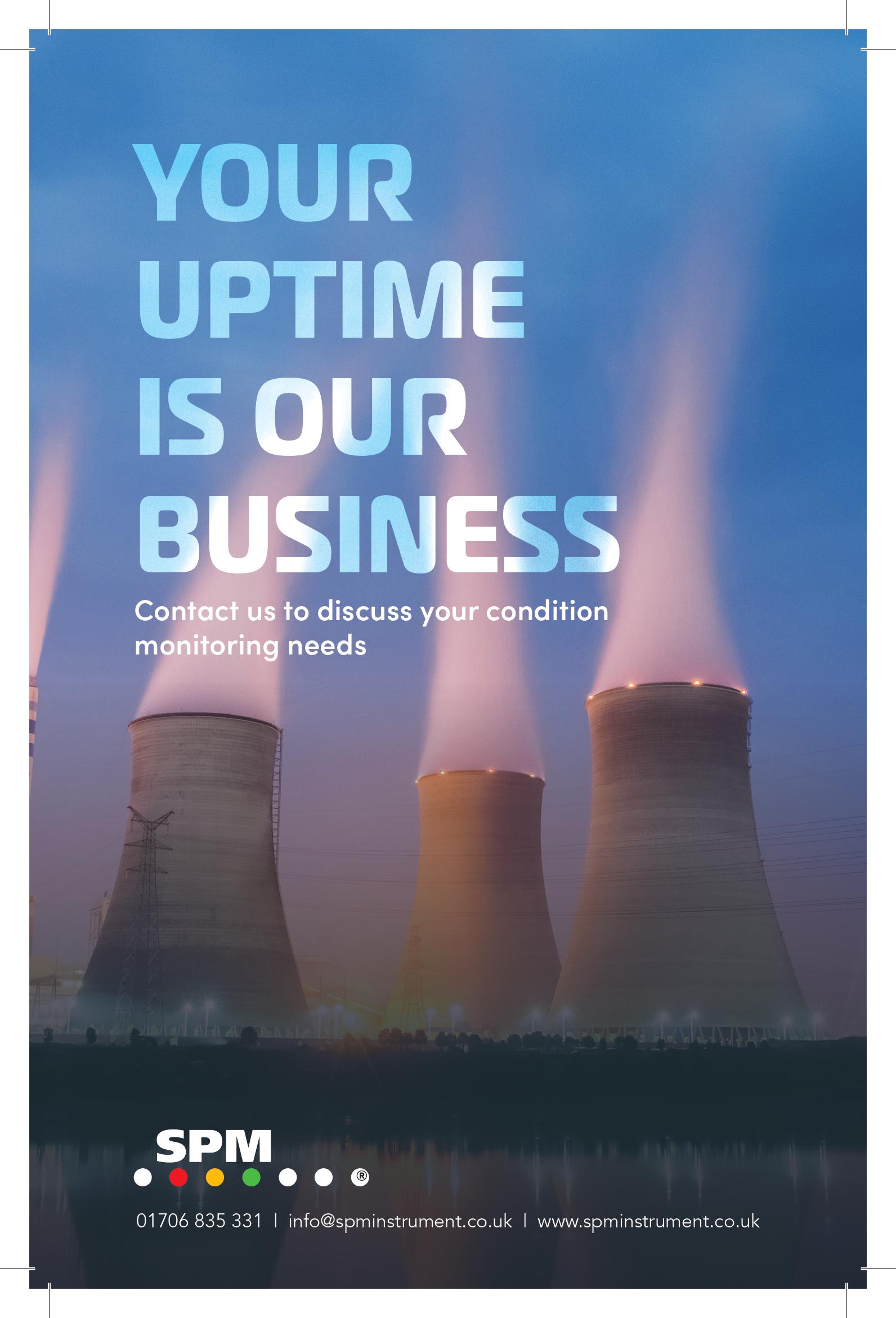 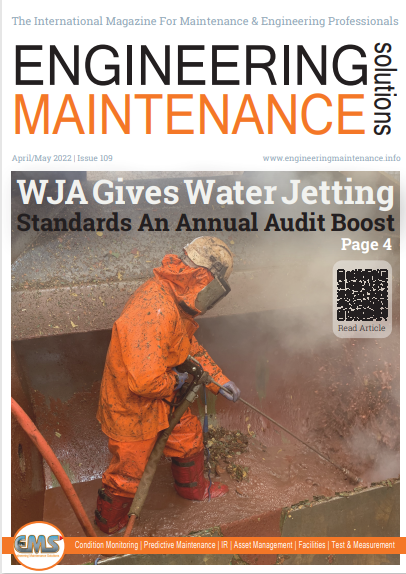